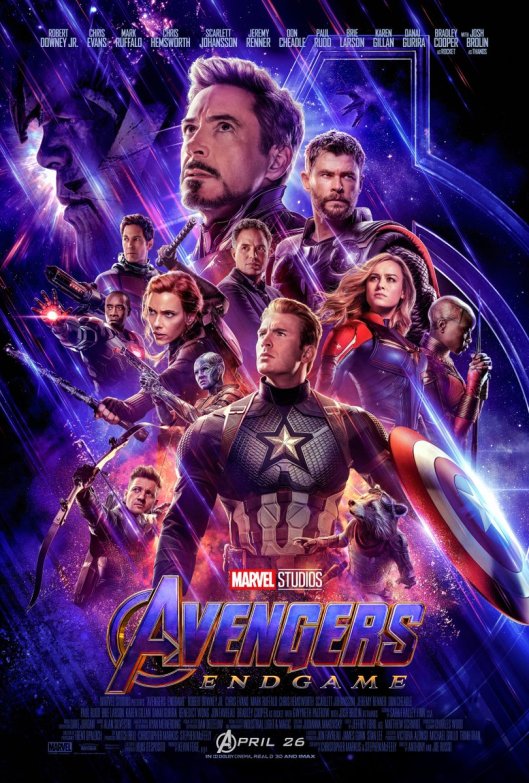 I am looking forward to Avengers: Endgame with excitement. I am eager to see how the decade-long Avengers’ series comes to a close, including how the Avengers will defeat Thanos, return those killed by him, and exalt the heroics of Captain Marvel. I want to see how the Hulk redeems himself, if James Rhodes (War Machine) will regain the use of his legs, and how Wakanda will factor into the victory of the Avengers.

However, I am not looking forward to what I anticipate to be another movie explicitly directed against Christian belief and practice. That is, if the previous movie scoffs at Thanos’ election doctrine and practice, and the defeat of Thanos is the key to avenging the earth and the entire universe, then the Avengers will have to dispose of Thanos and his form of “mercy.” In short, the Avengers will have to dispose of “god.” In fact, I anticipate they will have to kill him.

It is sad that the writers of the Avengers’ series misunderstand the glory of the Gospel of Jesus Christ, the love communicated by his salvation, and the richness of his mercy. God the Son partakes in human flesh because we lack innate righteousness and need his righteousness in order to enjoy God, not because we enjoy starving on an overpopulated planet.

I have attached my brief analysis of Avengers: Infinity War, offering my thoughts about the movie’s critique of the doctrine of election. The analysis helps explain why I anticipate further denigration of the Christian faith in this movie — a denigration far worse than the belittling of elect pilots and drivers being raptured out of cars and helicopters.

“Moreover, besides this common parentage, there is another factor which, in the face of even a wider difference, would continue to unite your interests and ours. Far more precious to us than even the development of human life, is the crown which ennobles it, and this noble crown of life for you and for me rests in the Christian name. That crown is our common heritage. It was not from Greece or Rome that the regeneration of human life came forth ;— that mighty metamorphosis dates from Bethlehem and Golgotha; and if the Reformation, in a still more special sense, claims the love of our hearts, it is because it has dispelled the clouds of sacerdotalism, and has unveiled again to fullest view the glories of the

Cross. But, in deadly opposition to this Christian element, against the very Christian name, and against its salutiferous influence in every sphere of life, the storm of Modernism has now arisen with violent intensity.

In 1789 the turning point was reached.

Voltaire’s mad cry, ‘Down with the scoundrel,’ was aimed at Christ himself, but this cry was merely the expression of the most hidden thought from which the French Revolution sprang. The fanatic outcry of another philosopher, ‘We no more need a God,’ and the odious shibboleth, ‘No God, no Master,’ of the Convention ;—these were the sacrilegious watchwords which at that time heralded the liberation of man as an emancipation from all Divine Authority. And if, in His impenetrable wisdom, God employed the Revolution as a means by which to overthrow the tyranny of the Bourbons, and to bring a judgment on the princes who abused His nations as their footstool, nevertheless the principle of that Revolution remains thoroughly anti-Christian, and has since spread like a cancer, dissolving and undermining all that stood firm and consistent before our Christian faith.

There is no doubt then that Christianity is imperiled by great and serious dangers. Two life systems are wrestling with one another, in mortal combat. Modernism is bound to build a world of its own from the data of the natural man, and to construct man himself from the data of nature; while, on the other hand, all those who reverently bend the knee to Christ and worship Him as the Son of the living God, and God himself, are bent upon saving the ‘Christian Heritage.’ This is the struggle in Europe, this is the struggle in America, and this also, is the struggle for principles in which my own country is engaged, and in which I myself have been spending all my energy for nearly forty years.”