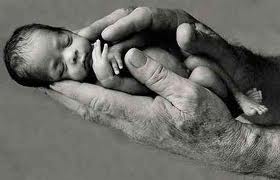 (The following is the next entry in a 31-day blog journey through John Piper’s, Brothers, We Are Not Professionals: A Plea to Pastors for a Radical Ministry [Broadman and Holman, 2002.]

As I sat in an emergency room with my daughter last night – who is fine and home – I watched an episode of Private Practice in which “old fashioned” values where put on trial for causing personal pain to modern sensabilities. The three items questioned were (1) relationships—could you date the best friend, ex-, or remain best friends with a member of the opposite gender once married, (2) gender distinctions, as portrayed in the life of the man mixed up on his gender identification, and (3) the medical use of marijuana. The episode did not chuck the old values without counter-challenge. Neither did they give a pass to the wrongful ways of bringing about changes on values in society. However, all three landed far short of anything that was intellectually sound or fearful of the Creator.

There are many who would do away with “values” as it relates to the life of the unborn. For many in this group, this is an unfortunate matter of “choice” between the will of the mother and the life of the child; it might be cloaked in “happiness” and “rights,” but it always boils down to the will.

It is much harder to do away with values when it comes to race, for no one wants to wear the “bigot” label. However, the depraved heart will find away to scoff at the need for more striving for racial equality in America. Yet I will not lay the blame at the feet of non-African Americans. We all have much work to do.

Race and abortion are a particular problem for the African American community. African American children are aborted at a rate far greater than that of any other ethnic group in this country. This is not something at which anyone can throw the race card. The problem is drenched in all manner of sin, lawlessness, transgression, debt, disintegration of the family, ignorance of the Creator, and lack of love for one’s neighbor. But in the same way that voting African Americans arose en masse to place an African American in the Oval Office, I would suggest that African American believers must arise en masse to fight for the end of abortion-on-demand in America.

By all polls, African Americans are the most “religious,” church-going, and Bible-believing ethnic group in the country. That should make us the most pro-life ethnic group in the country. However, we do not allow our beliefs to inform our decisions when it comes to the things that affect the overturning of Roe v. Wade, or the rescuing of children from the butchers of the abortion industry—people who are dismembering African Americans with a barbaric villainy at an alarming rate with evil greater than anything ever planned by slave owners, lynch mobs, or the KKK. In saying this, I do not minimize the wickedness of the aforementioned people. In fact, I emphasize it in order to remind African Americans of how our ancestors fought the injustice of such people. However, when it comes to abortion in America, we are not fighting. Instead we are going to the death camps willingly and are watching as apathetic bystanders in the process. We add to the apathy as we largely support an NACCP and Congressional Black Caucus who do not do anything to stop abortion on demand. If only African American believers would speak up loudly, boldly, consistently, and sacrificially, we could help the entire country change the law on abortion.

I applaud John Piper for standing against both racism and abortion. Below are links to two of his works on race and abortion. It seems wiser to reproduce these links than to attempt to edit the richness of these very long chapters in the book.

When is Abortion Racism?